I have the pleasure of presenting my PhD research on tatami coverings at the ACiD seminar. Click to download my slides. I recorded the talk:

This is on my Master’s thesis. A paper I published later has the following abstract: “We provide new evidence that spanning forests of graphs satisfy the same negative correlation properties as spanning trees, derived from Lord Rayleigh’s monotonicity property for electrical networks. The main result of this paper is that the Rayleigh difference for the spanning forest generating polynomial of a series parallel graph can be expressed as a certain positive sum of monomials times squares of polynomials. We also show that every regular matroid is independent-set-Rayleigh if and only if every basis-Rayleigh binary matroid is also independent-set-Rayleigh.” Find the paper at http://arxiv.org/abs/1008.3660 and view the slideshare with audio below!

Fenwick Lawsonâ€™s sculpture, â€œCry for Justiceâ€, is installed outdoors in the middle of a wide throughway at Durham University. Thousands of students and staff walk past it every day. The characters express despair and anguish, and when I first encountered â€œCry for Justiceâ€ I was immediately struck with a deep sadness for them. I discovered from the accompanying plaque that it depicts a scene from the Vietnam war, aired on television in 1972, where a girl is covered in napalm and her family is watching her burn. Why is such a powerful and terrifying sculpture installed here? Others have asked the same thing, and complained that the sculpture is not motivating or encouraging. One blog. quotes students saying, â€œâ€˜Oh, those statues outside the library? Not only are they beautiful, but they really do inspire me to work extra hard during the daily grind at the library.â€™ â€“ said no one, ever.â€ On the face of it, the student is correct. But they are mistaken about the reason we come to university.

While there are practical reasons for this location, peoplesâ€™ attitude toward â€œCry for Justiceâ€ is a work of art unto itself. Many cries for justice are ignored by millions and noticed by few, and Fenwick Lawsonâ€™s sculpture depicts not only the cry for justice, but the plight of the cry itself.

University students have made the choice to pursue higher knowledge and a more sophisticated interaction with the world. We are highly privileged on the one hand, but we also forgo the option to turn our minds off. The scholar is not obligated to like, or even understand art, but I believe we are called to reserve our bigotry against it, and sound each piece we have time to consider against the recesses of our consciousness.

Art is meant to perturb us, and we scholars are called to allow it to do so., , ,

This collection features man-made objects that have become unintentional foci.

Layers placed upon layers of walls, and posters, and signs and sidewalks, which have weathered, cracked, left the faintest traces of their existence, and then been reinstalled, looking like a stack of insurance stickers on a car’s license plate. 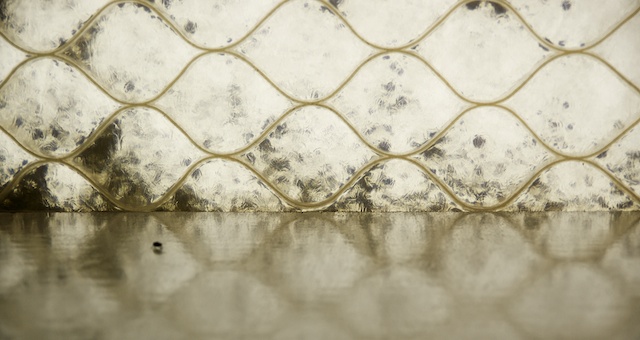 They may draw our attention or tell a story - sometimes untrue - but no one ever meant them to. I have tried to capture a few examples, and I hope viewers will be inspired to find their own unwitting works of art, outside and even in their own home.

Here is a 16-page long emacs pdf reference card from Aaron Hawley’s list. It is my first elisp program and undoubtedly full of hacks and such, but the result is useful to me.

I have converted the source of Aaron Hawley’s reference sheet from http://www.emacswiki.org/emacs/Reference_Sheet_by_Aaron_Hawley_source and used it in the reference card that ships with emacs, by Stephen Gildea.

It is possible that the elisp I wrote will help someone expand this card, so I have included it here. It is my first elisp script ever, and clearly shows the limits of my abilities in elisp and is probably full of ugly hacks. Nonetheless, it can be modified and run again to create new versions of the Long Reference Card. To use it, copy and paste Aaron Hawley’s source from the above link into a buffer called aaronref.tex. Copy the elisp code below (after removing the TeX comment % symbols) into an interactive lisp buffer and execute it (C-x C-e).