There is a place in English Bay, near Vancouver, called Point Atkinson, which is notorious for causing engine troubles. The guy from C-Tow joked that it was something of a local Bermuda triangle. He said that to me after towing me to my slip at Lynnwood for around $400 CAD and added, “One time at Point Atkinson I changed my own fuel filter 3 times.” 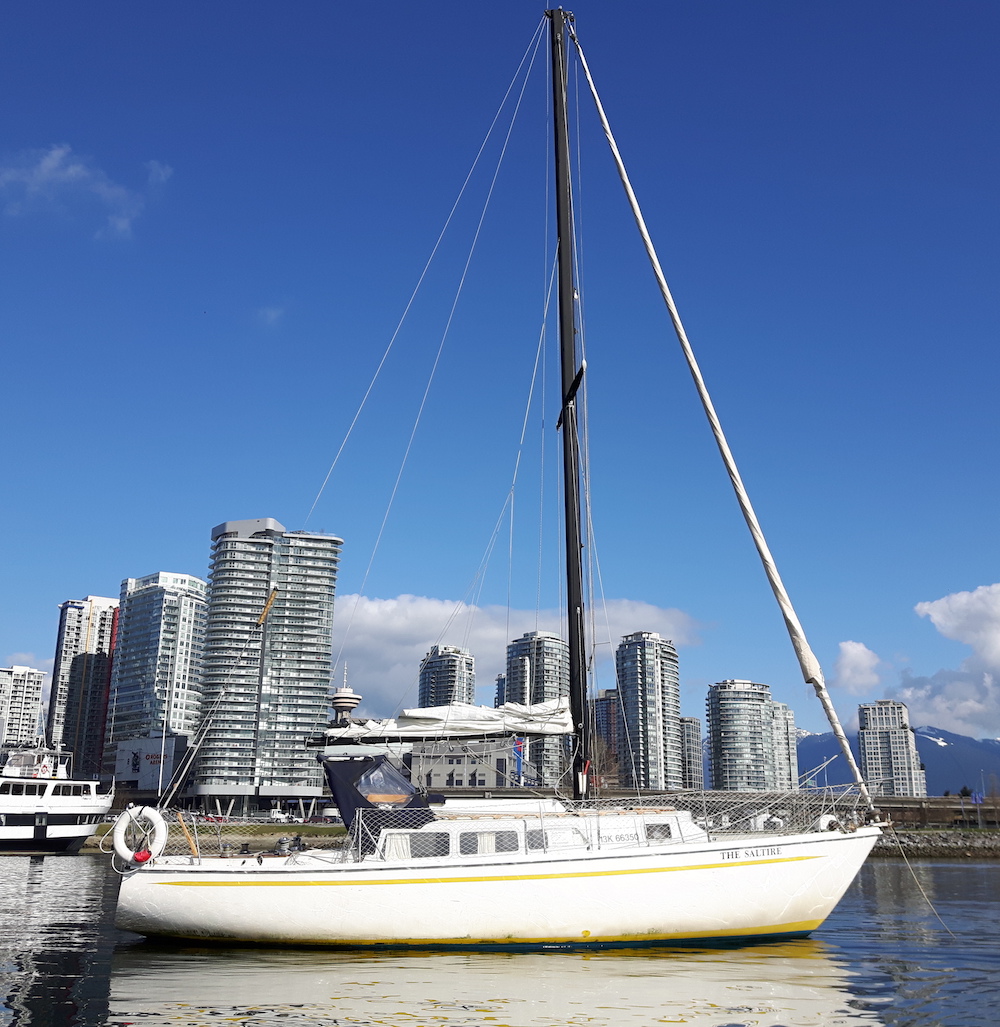 The Saltire in False Creek.

My engine had failed there too, shortly before getting towed, while I was sailing single-handedly. After thinking about what the tow-dude said I read up on cleaning and maintaining fuel and decided to not only change the fuel filters, but to also polish the fuel using the existing water separator.

I disconnected the Racor 215 series water separator from The Saltire’s fuel lines and screwed in 5/16th hose diameter connectors. I connected the intake to a fuel-line hose and a matching metal tube made of automotive brake-line for vacuuming inside the tank. I connected the exit to a Mr Gasket 12V diesel fuel pump, purchased for $60 CAD at an automotive parts supplier; I have supplied a link to it but any such pump will do the job. Part of the time I had a prefilter before the water separator but eventually it clogged up and I removed it. 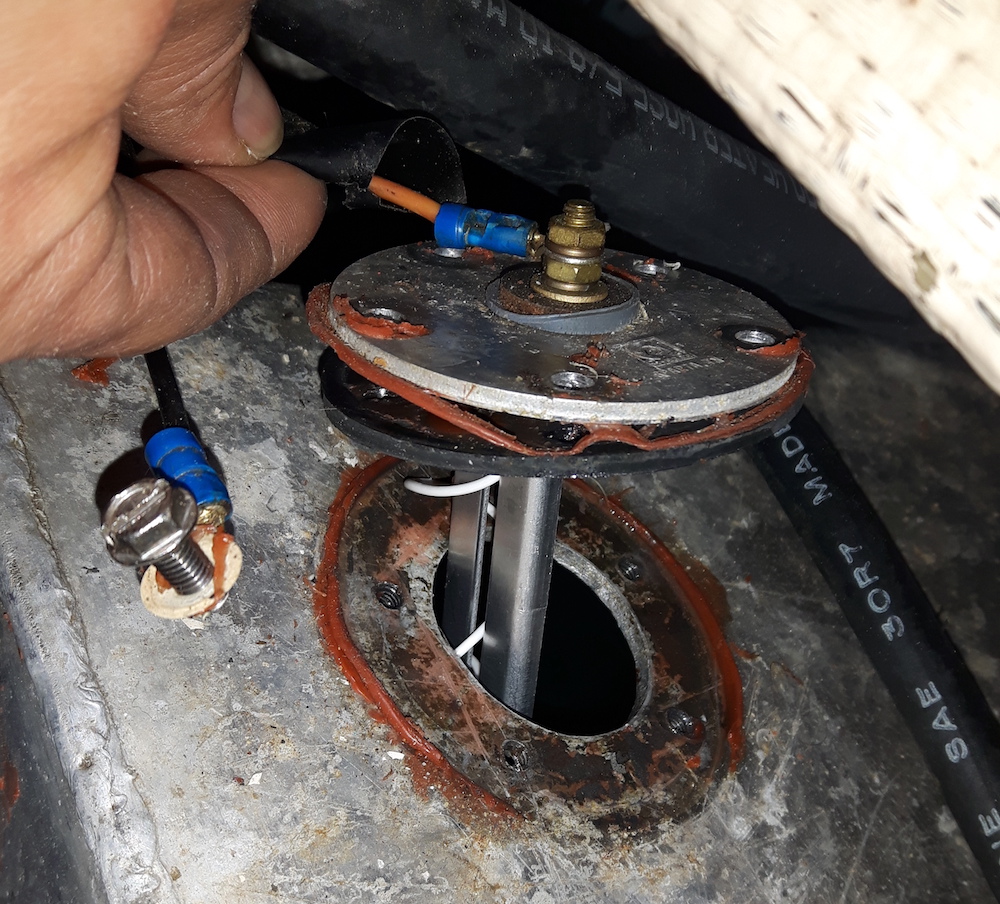 Initially I tried to polish using the existing Racor R15T 10 micron filter, but it was so clogged with gunk that no fuel would pump through. That pretty much explains the issue I had on the water, and I will be carrying a spare Racor from now on!

Pumping about 110L of fuel out into jerry cans and back into the tank took about 4 hours. The pump is rated to move it faster than that, but various things slowed me down. 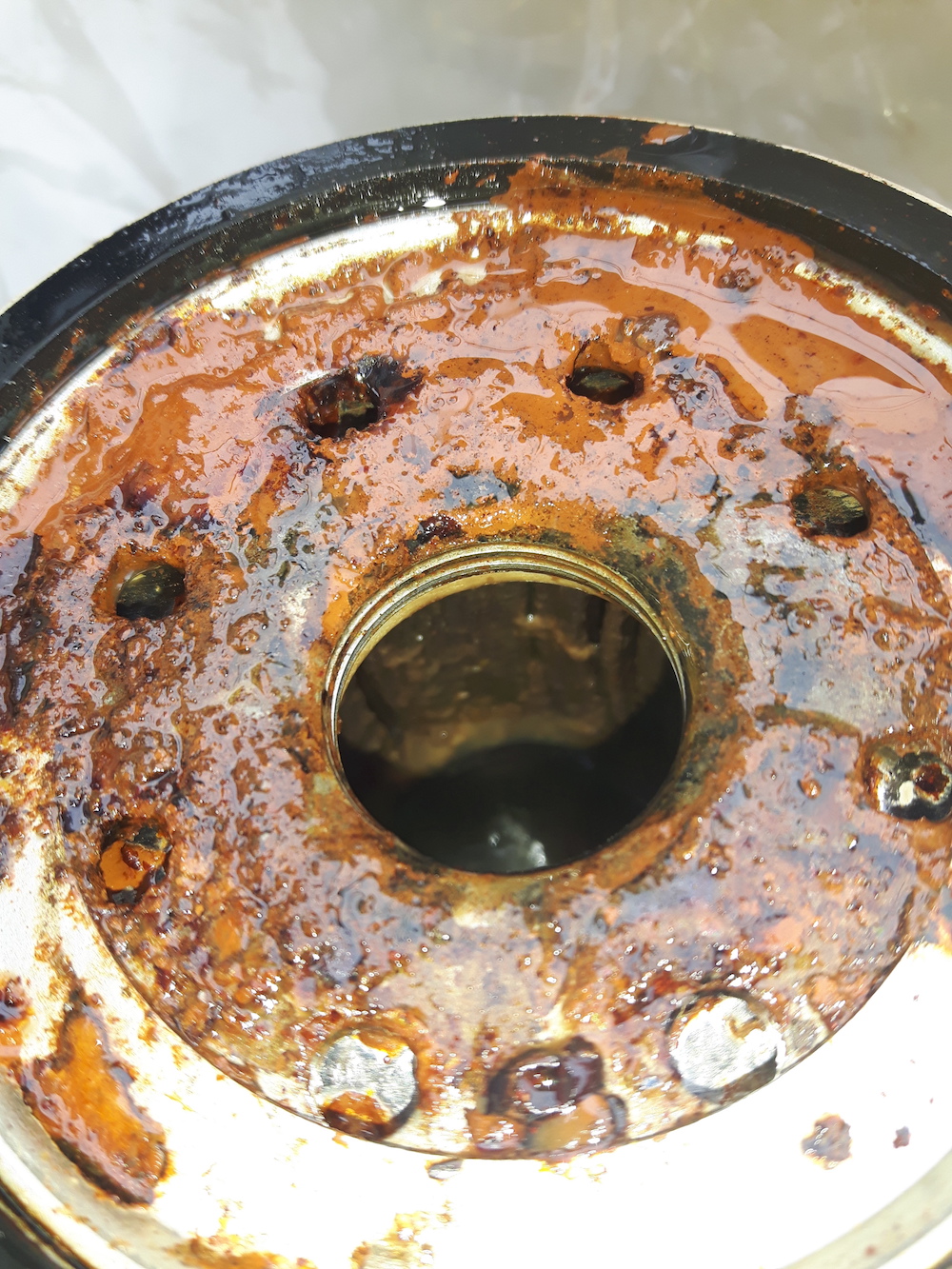 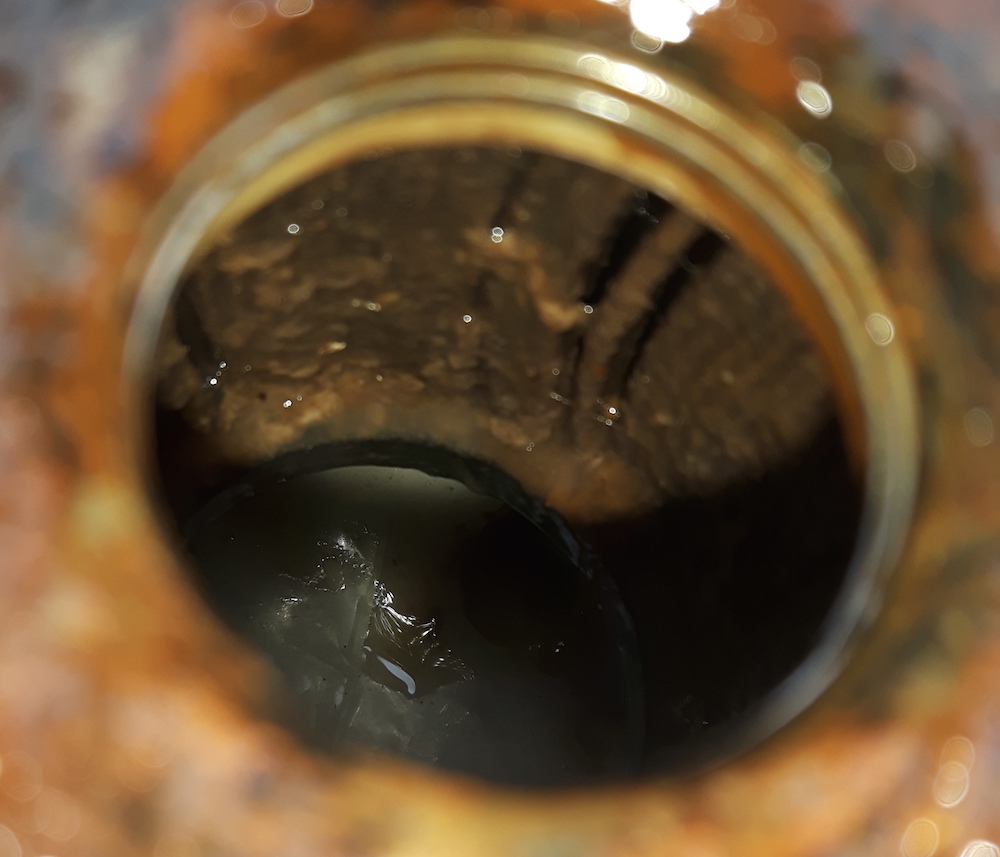 I separated about 600mL (over a pint!) of water from the fuel, and the tank looked pretty clean on the inside afterwards. 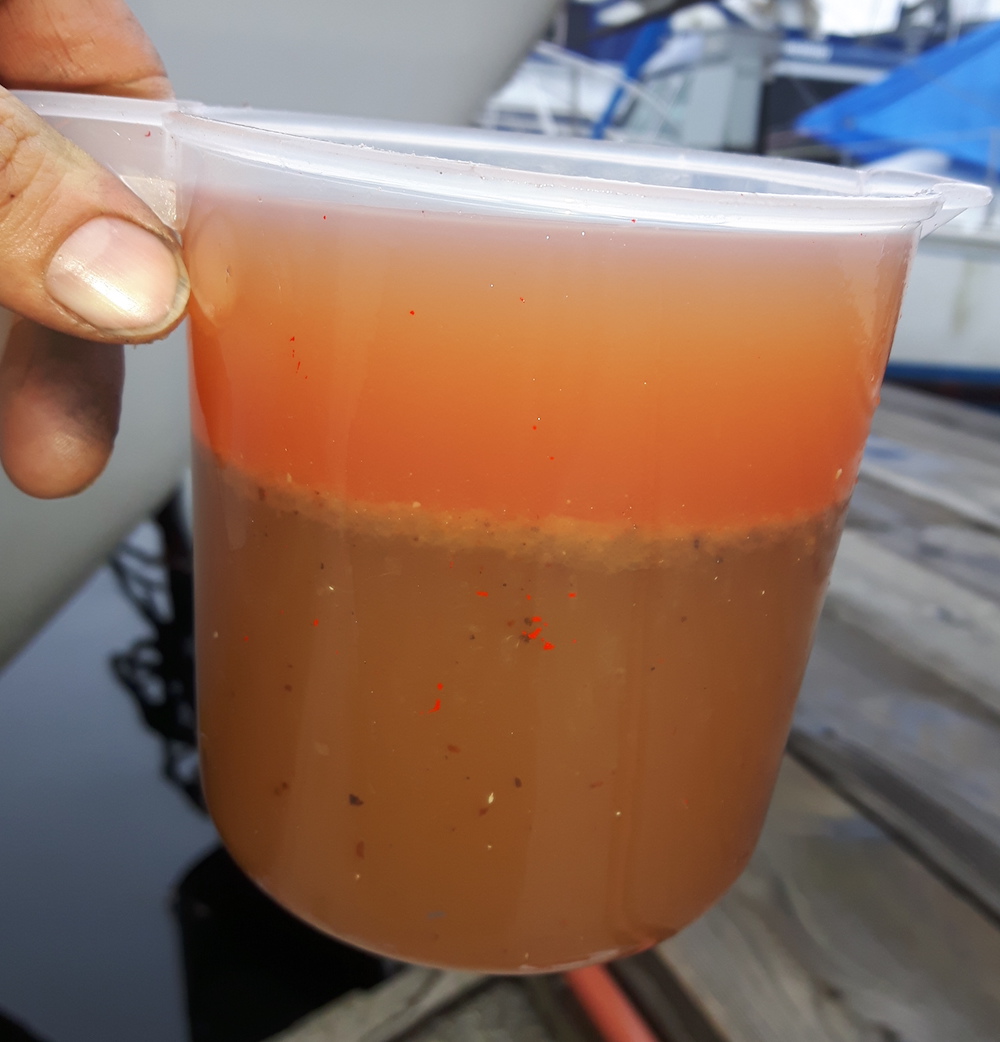 A quick tour of my fuel polishing system