I bought this boat just over a year ago and I’m nearly ready to bring it to the water.  Here is a video giving a tour of new rigging.

The kayak is a Pygmy Coho wood kit which someone built in Campbell River, BC.  I bought it from him on Craigslist and have been using it as a kayak.  Someone gave me a new sail and jib last year and, after sailing it once with the original rigging, I decided to change it up.  It has taken this long to get a space to store the boat by the water, and now that I have one I’ve been very motivated to get the boat done!

The new sail was taller than the old one and as I was measuring things up, I decided it would be more fun to operate the boat from the side, rather than the cockpit.  These two factors, plus the acquisition of a jib was a gigantic can of worms.

To begin with, the mast wasn’t tall enough and there was no place to fasten haliard blocks to the top.  Secondly, the old rigging used the haliard and downhaul of the mainsail to pull the mast tight with the hull.  With the size of the new sail I decided it would be best to have the mast stayed by cables and the haliards (now two of them) pulling on the ends of the mast.  I also wanted to distribute the force of the mast into the crossbar, instead of fully into the bottom of the hull.  The solutions, shown in the video, consist of a block of wood clamped to the base of the mast and a fiber glassed mast extension at the top, which also serves to hold the blocks and cable stays.

Benches were added, so I could sit up on the side.  The Kayaks’s rudder used to be controlled by foot pedals in the cockpit.  But I took care of that!  I removed the pedals and modified the rudder, adding a tiller.

The boat also required a boom and the sail needed a reef.  I made the boom out of a small dinghy mast and had the sail custom modified. 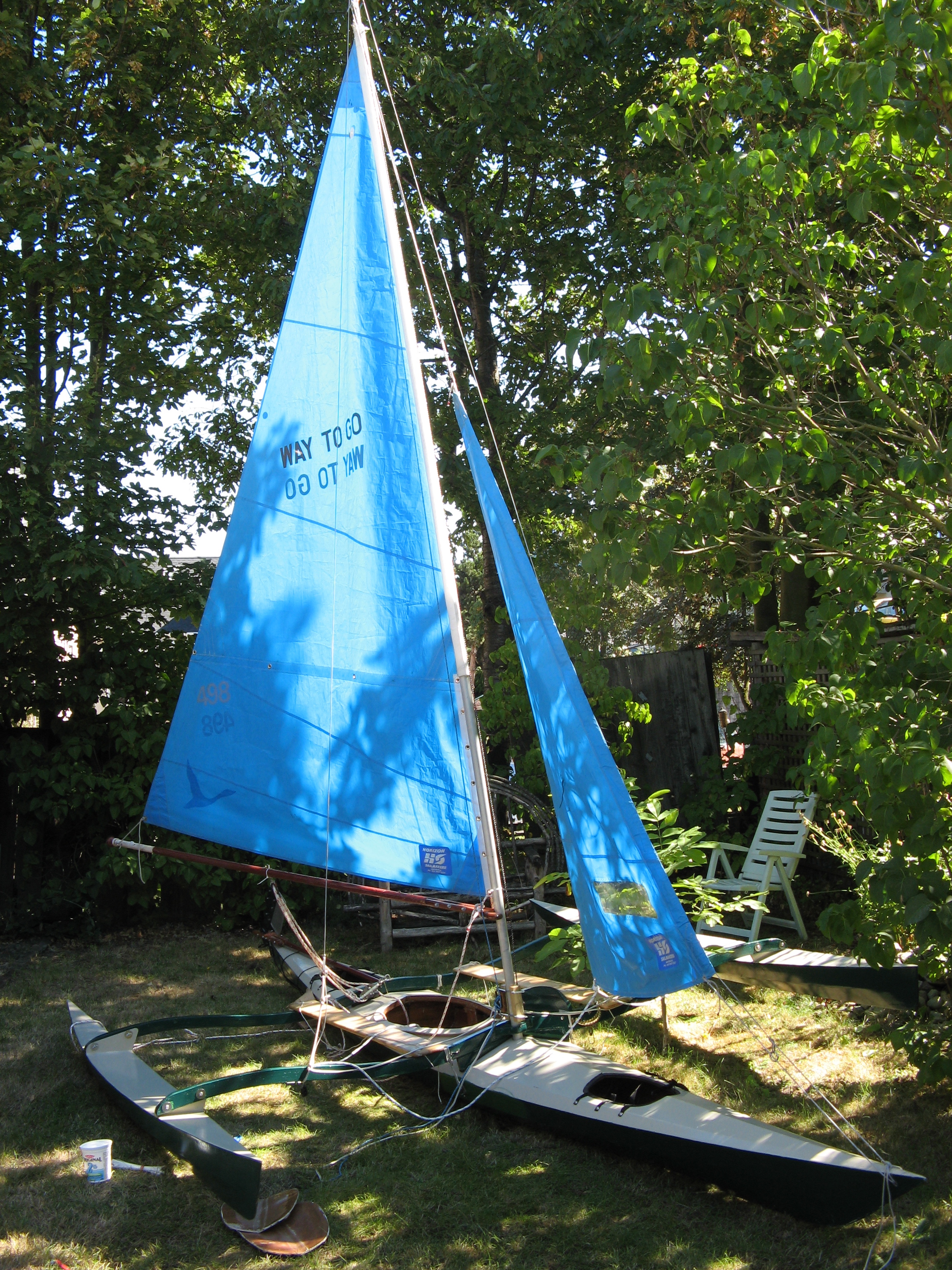